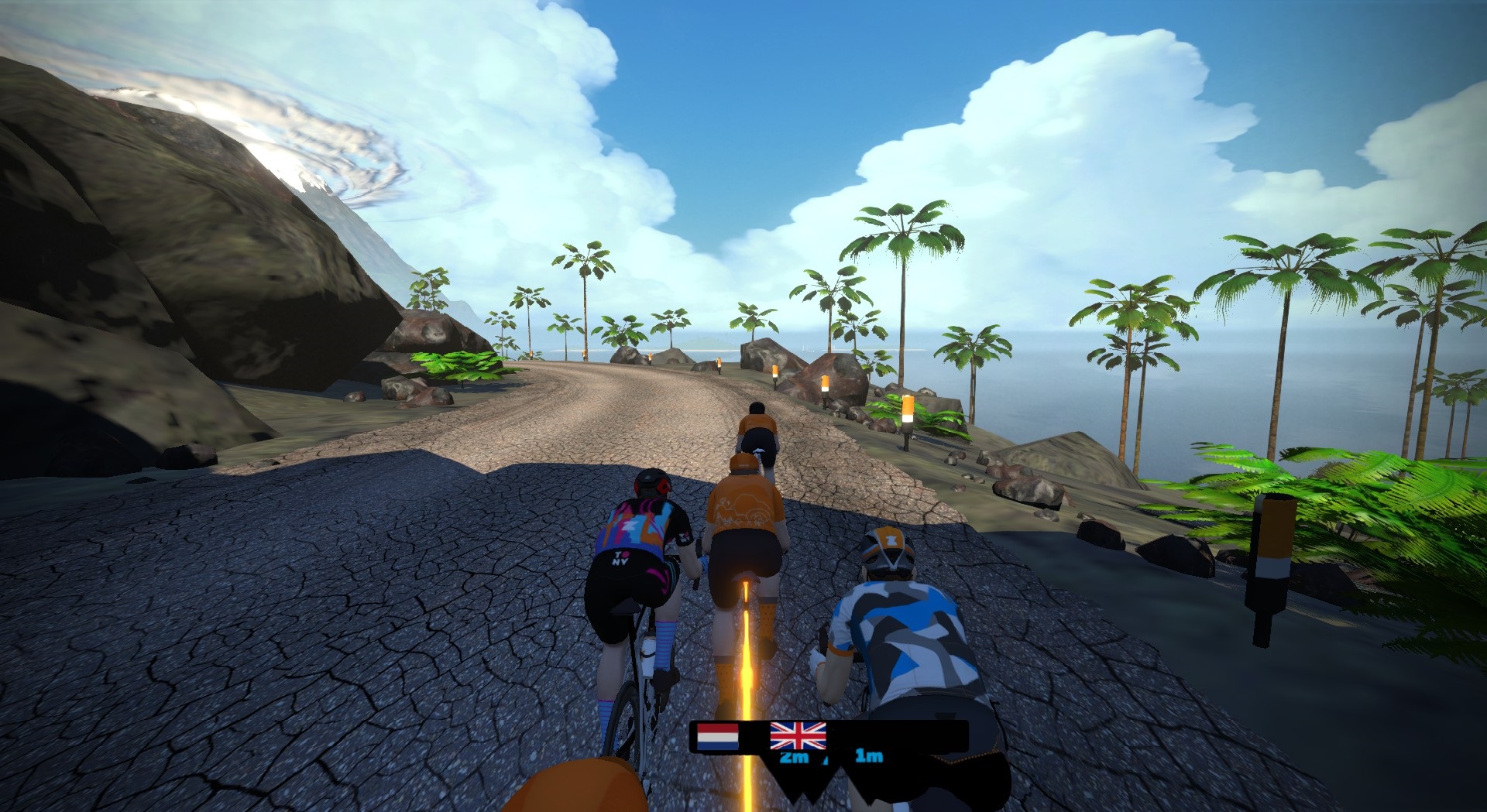 In this report I thought I would will teach you a nice little cruiser trick, or principle rather, but let’s go through the race first.

I overdid tonight’s race, much like the Alpe the other day. I beat the ZP winner by 3 min 21 sec, barely under the cat D limit. So yes, this would be a gold in about a week from now, which is when an over-limits result from July 1 poofs. But it was an unnecessary margin. It’s just so hard to judge where you stand as a cruiser sometimes.

The race wasn’t so tricky to read as some of the recent races I have participated in. But a race of this size, 162 participants whereof 34 cat D’s, gets messy still. Few participants were registered with ZP, though, which simplifies things a bit since it is the ZP crowd I am competing against, but with so many participants of various categories cluttering the in-race rider standings you sometimes have no idea if any legit riders are already ahead of you, or if it is the other way around and you ought to slow down a bit.

The start was quite comfy. The pace was too high to keep up for long without going over limits but nevertheless manageable for me, so I would have to be careful.

I got into the front group, knowing there would be quite a few sandbaggers in it. The ZP start list looked like this 5 min before the race. No children or high-end heavies to worry about.

I recognized few names in the front group during the approach, meaning there would be a lot more unregistered sandbaggers on top of those I knew of beforehand. I tagged along all the way to the foot of the volcano and then decided to drop during an early climb section. Still at 75 kg (why am I not losing weight?!) I then had 8-9 min to lower my average W/kg from something like 220W down to ideally 190W, or 195W at the very least.

I lost precious time looking for a suitable group of cat D’s to hitchhike on while lowering the average. But group after group were doing 2.7-2.8 W/kg and I had to let them go. With just a couple of minutes left, I had to slow down to something of a crawl to push the average down fast. I barely made it to 195W. And in the meantime yellow dots were whooshing past me left and right. I lost count of them. This didn’t look good at all!

Shouldn’t those who passed me be sandbaggers anyway, racers I could ignore? Probably, yes, but not necessarily. It is really inefficient time-wise to go slow in a climb. Ideally, you only want to push low Watts on a descent, where your speed doesn’t suffer that much from the low effort. And even on the flat you can coast a bit from time to time if you’re in a group. If the riders passing me had had a more even pace over the approach and the beginning of the climb combined than I had, as mine had turned very uneven by then in spite of the relatively slow start, then they just might have been able to pass me while still under limit. I couldn’t exclude the possibility completely, which probably explains why I kept a high pace for the rest of the race.

Actually, as soon as the first 20 min block was done I hammered the rest of the climb. My reasoning was that I had already completed a large part of the climb and stepping on the remainder probably wouldn’t hurt my next 20 min block or even an overlapping block that much since I had a descent to look forward to, where my average would drop rapidly. I’m guessing the 2.495 W/kg ZP put me at was the first 20 min but later blocks probably weren’t much lower.

On the second climb up the volcano I started to pass some cat D’s and felt more at ease since those still ahead of me began to look more and more like obvious sandbaggers that I didn’t have to worry about. The last part of the race was spent in a small group with some slow cat C’s and two cat D’s that had me a little worried. I then got completely taken by surprise by the finish arch since I had mental picture of the waterfront finish for some stupid reason, but it was probably a good thing that I never tried to sprint against the other two guys, who turned out to be sandbagging anyway.

Now time for the treat. I stated in the last race report, the one up the Alpe, that an even pace is preferable in a climbing race in Zwift, and that it included the approach. I’ll add something to that. The thing is an even pace takes better advantage of a quirk in the ZP calculations. It’s not an exploit, it’s not that good, but it’s useful knowledge nevertheless.

Assume you are a cat B cruiser at 70 kg racing a climbing route that lasts for two 20 min blocks. The first block is roughly 10 min approach and then it’s the first 10 min of the 30 min climb. Assume there are several groups during the approach you can choose between, all with varying speeds. You gain seconds by drafting in a group that hammers the approach of course, but the speed increase going from fairly hard to really hard isn’t as big in relative terms as when going from fairly hard to really hard in a climb. You are in draft during the approach, yes, but the exponentially increasing air resistance during high speeds nevertheless kills some the effort during the approach. During the climb you are mainly fighting gravity, which behaves differently as a counter-force.

Your effort is better spent climbing and – here is the thing – you want to spend as much time as possible over limits during the climb. But how can you do that, especially if the goal is to keep an even pace? You aren’t supposed to hammer any climb sections, right?

The Watopia PD will DQ riders going over limits. But their speed cameras are a bit funny. They don’t care if your total race average is above limits as long as no 20 min block puts your Watt x 0.95 above the Watt limit for your weight. And that implies that you can go over limits for the entire race. That was confusing, I know, sorry. But I’ll give an example.

So 287W is your max then? You stay below 287W in the race and you should be fine? Wrong! You’re passing up on a golden opportunity here as a cruiser.

The Watopia PD reckons your 1 HR FTP should be no higher than 287W in a race as a 70 kg rider in cat B, but the way they calculate this is essentially by treating your “best” part of the race, your “best” 20 min, as an FTP test. And, as you know, to arrive at your 1 HR FTP the formula is:

I was actually above 2.5 W/kg in cat D the entire race tonight. I just made sure to manage my trailing 20 min average. That’s how you cruise.