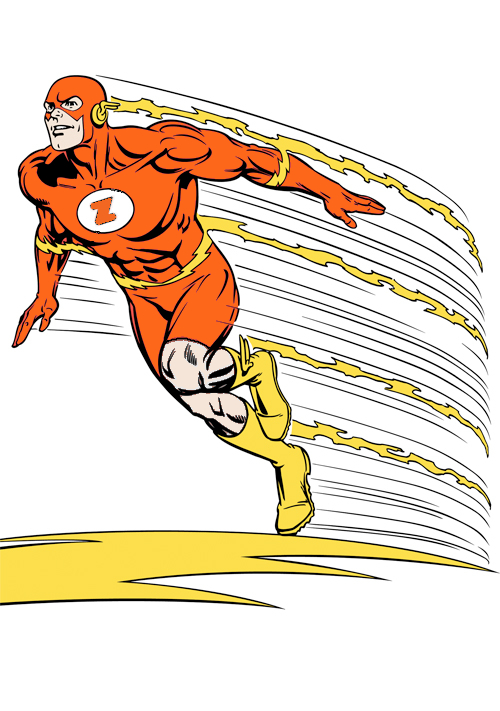 Sick again. Can’t train, can’t cheat. And it makes no difference whatsoever. In my absence thousands of others are keeping up the struggle, cheating indiscriminately in race categories B through D, whatever their underlying intent is (it absolutely doesn’t matter anyway). And you should be one of them.

This is a call to arms. I just have to sell you the story first…

Why on earth would you want to be a superhero like me, gloriously crushing cat D or whatever helpless category you feel confident that you can hammer to smithereens? Wouldn’t you rather be the villain if you did? I insist, you wouldn’t.

Would you agree that being right and being legal isn’t necessarily the same thing? You don’t have to make up your mind. Because here you have the one-time opportunity to be both right and technically legal at the same time, while still fighting a villainous system by its own means. Remember for example that time when Batman…

No, seriously, if you have come to agree with me at this point that some form of results-based categorization in Zwift is mandatory to make racing more fair and fun and more akin to any other sport in the history of mankind, then you will probably also feel that such a change couldn’t come too soon. Why wait?

Zwift are well aware of the issues. They aren’t stupid, although I do think they might weigh in counter-arguments regarding overall subscriber happiness that may border on stupidity, arguments that create hesitation. But awareness is not the problem. The problem is that nothing happens.

So we could use a little urgency. And that’s where you come into the picture.

Making the cheating in Zwift an even more pressing matter should speed up the process, one would think. And if that doesn’t help, then nothing else will and we might as well give up on racing altogether. So what have you got to lose? Most races you sign up for will be ripe with cheaters anyway. You cannot get fair racing in Zwift as of today, so you are not giving something up for yourself by passing up on the opportunity to race fair (in vain). And you are also not really ruining anything for other subscribers either, because it was already ruined before you lined up at the start. The races are already messed up by sandbaggers and cruisers daily as is and the races don’t flow the way they should.

The last resort now – since nothing happens – is to reach some sort of critical mass. You and I know what is going on beneath the surface not just in Zwift but also on ZwiftPower. The racing isn’t fair and just. But there is still quite a few subscribers who haven’t fully realized it yet. They’re sniffing the stench but they can’t yet tell where it is coming from. Well, the sandbaggers they get. But not the cruising. And they still believe the W/kg system can be saved, e.g. by introducing even more oppressing mechanisms to racing, driving Zwift even further away from any other sport or from any ambition to establish Zwift as a credible e-sports platform to sell to the rest of the world.

These people will come to their senses sooner or later, one way or the other. I’m not worried. And no one will ever regret a move to a results-based system. No one is ever going to say “it was better before”, especially not these people who typically prefer to have the opinions every one else seems to be having. The day Zwift says “here’s another system for you, it’s better” they will agree and never look back. Trust me.

So how to reach critical mass? The answer is massive cheating. Make the system implode. Make racing obviously pointless. It already is pointless, it is just not that ridiculously overly obvious yet as to make even the slow react, not when it comes to cruising.

So imagine for a second that you would, how exactly should you help yourself and others by contributing to critical mass? To speed up change?

There is the blatant overnight super diet of course, people suddenly dropping double digit kg’s. They are easy to spot. But there is also the semi-conscious cheating, the constant slight underestimation of weight that even the “fair” racers contribute to. You know, the happy weights. The dating site weights. The “I better not get on the scales after this barbecue party, I might not like what I find” weights. The “Oops, I gained 4 kg over Christmas but umm… I’ll lose it soon anyway, what difference does it make?” weights.

You may want to round down rather than up, because everyone else will. But you should be fair. Please don’t cheat with weight, because there is no realistic way to enforce accurate weight reporting around the corner. We need your weight for the simulation and we are not there yet that Zwift can demand of every racer that they buy Bluetooth scales that upload the weight online (there are such scales). The day may come – it would be a good thing – but it is too early for the bulk of the subscribers. So we are forced to rely on ourselves rather than a system to keep racing fair. It’s a weak solution but it’s all we have.

The argument is the same as for weight cheating. There is no way to enforce accurate height reporting for the bulk of the subscribers. And to solve it with periferal hardware is even harder than with weights and scales. There isn’t even any such hardware to my knowledge. And Zwift couldn’t really demand that all subscribers submit healthcare certificates testifying height, nor handle the administration. Long-term I’m sure there could be a solution, but again, we are not there yet. So just don’t.

Don’t tamper with hardware or software. It’s hard to enforce. It can also be hard to spot and you will want to be visible cheating. Keep your smart-trainer calibrated too. You need to stay fit through all of this and would only do yourself a disservice by having it “out of tune”.

This goes without saying.

Sandbagging does help bringing racing closer to the inevitable collapse (that we might as well speed up), and you do stay within the confines of Zwift race rules when sandbagging. But you break ZwiftPower rules. And you also tend to draw attention away from the real problem with Zwift when sandbagging.

You don’t stop sandbagging by convincing subscribers to stop doing it, because it won’t succeed. You stop sandbagging by making it impossible, i.e. by enforced categories, something we still don’t have. You are highly visible when sandbagging, which is a good thing in this context, but there is the risk that people will think that the only problem with Zwift racing is you or the lack of enforced categories. Once they have that (and you disappear as a consequence) you might lose their attention. A results-based system needs enforced categories too, but enforced W/kg categories, while better than what we have, is not enough. So in a nutshell, you could sandbag. But there is a better option…

You should cruise. With ever more abundant cruising in our Zwift races, and with increased awareness over time among the subscribers, nothing drags out the flaws of the W/kg cat system into the light better than cruising. You just need critical mass. And critical mass needs you.

By cruising you also adhere to ZwiftPower rules. Technically speaking, you are doing nothing wrong. It is definitely cheating but it can’t really be held against you. And you will slip through. With sandbagging it is so easy to blame the offender rather than the system, which would be infinitely more constructive. With cruising it is so obvious that the problem isn’t you and that the proper remedy is not to change you, the subscriber, but to change the system.

The W/kg system will have to fall. Will fall. And the sooner that happens, the better. And you can help speed up that process by cruising, ideally with full disclosure. People will hate you for it now. But they will thank you later.

Well, they won’t actually thank you. They will pretend that they always thought Zwift should have moved to a results-based categorization and ignore you afterwards since you will be a painful reminder of their previous blindness. But they will be grateful for a better system. So you are helping them, and you are actively helping yourself.

Trying to race fair today, while sandbaggers and cruisers are pounding you into the pixel tarmac over and over, is not helping yourself. It’s not really helping anyone as things stand, even though it may seem that way on the surface since you want to be one of the good guys.

Unfortunately, the truly good guys are going to have to break a few eggs now. And unfortunately, by racing fair today you are not really defending moral standards at all. You are effectively just defending the cheaters by marginalizing them. As long as you can still sandbag and cruise within the system at all, and as long as the cheating can still with some effort be perceived as just a margin phenomenon, fighting the cheaters will only slow down change.

Once the wider implications of the W/kg become apparent even to the ignorant (they are being cheated on too, you know), it will also become apparent that people are not the problem here. The villain is the W/kg system. And it seems it’s going to take quite a few superheroes to throw it into Arkham Asylum where it always belonged. So strap on the spandex and get cracking!

If nothing else, you should at least try it out, cruising once or twice. You don’t have to make a bigger commitment than that right now. But you really should try that at least. Because things will drop into place for you if you do, take it from me. Only then will you truly see the W/kg system for what it really is. On an intellectual level, you might already agree with one or a few points in my previous posts. But the big and shocking revelation only comes when you actually see the things I see with your own eyes. Brace yourself, you’ll need it.

Oh, and should you feel lost, then you might be helped by a Cruising School coming up shortly on the blog. That should sort you out and get you started.